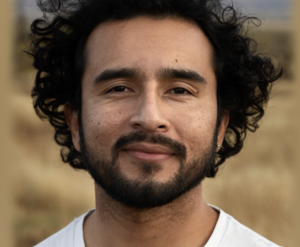 Sonoma Speaker Series: In Conversation with...

Javier Zamora - Memoirist, poet, and speaker Javier Zamora believes that immigrants must keep ownership of their own stories. In his new memoir, Solito, he explores his own: a harrowing journey to the US as an unaccompanied nine-year-old that gives a unique and unforgettable glimpse into the realities of child migration.

Accompanied only by strangers and a hired “coyote,” he left his beloved aunt and grandparents to reunite with his mother and father in the United States. The three-thousand-mile journey is supposed to last two weeks, but after their guide abandons them in Oaxaca, it stretches into two life-altering months spent among strangers turned guardians as they travel from El Salvador to Guatemala and to Mexico before arriving in the United States.

Narrated by his nine-year-old self, Zamora’s memoir, Solito, provides an intimate account of his near-impossible journey and the unexpected moments of kindness, love, and joy scattered across perilous boat trips, desert treks, arrests, and betrayals.

In September 2022, Jenna Bush Hagar chose Solito as her “Read with Jenna” Today Show book selection, commenting: “I don’t think I’ve ever read a memoir which captivated me in so many ways…It was a beautiful book about family, those that we have and those that we make, and the little family that they made on their journey. An epic journey to their loved ones, because they had no choice.”

Now, Javier Zamora chronicles his revelatory journey as an immigrant and as an artist to audiences at universities, organizations, libraries, and more. Going beyond his harrowing border crossing, Zamora explores the ways he has been processing and healing from trauma ever since, from therapy to poetry to nature hikes. As a native Salvadoran who grew up as an undocumented American, he delves into the intersecting and conflicting meanings of home and identity.

Until recently, Zamora only had a temporary protected status, and was neither a citizen nor a permanent resident of the United States, making him ineligible for many poetry award submissions. Despite his talent, grades, and body of work, he found himself largely excluded from career-making prizes, contests, and fellowships because of his status.

In 2015, he cofounded the Undocupoets, a “group fighting to end citizenship-based discrimination in poetry publishing and contests,” and drafted a petition urging literary organizations to remove citizenship or residency as a requirement for applications. As a result, the American Academy of Poets, the Poetry Foundation, the Lambda Literary Foundation and more opened their prize submissions to any poet regardless of immigration status. In 2017, Undocupoets launched their own fellowship for former or current undocumented poets.

Javier Zamora has been a Stegner fellow at Stanford University and a Radcliffe Fellow at Harvard, and holds fellowships from the National Endowment for the Arts and the Poetry Foundation. Zamora has also been granted fellowships from CantoMundo, Colgate University, the Lannan Foundation, the MacDowell Colony, Macondo, and Yaddo. HIs debut poetry collection, Unaccompanied, is rooted in the indelible experiences of a nine-year-old boy navigating politics, racism, war, and the impact of a border crossing on his family.

Zamora holds a BA from the University of California, Berkeley, and has earned an MFA from New York University. The recipient of the 2017 Narrative Prize, the 2016 Barnes & Noble Writers for Writers Award, and the 2020 Pushcart Prize, Zamora has been published in Granta, the Kenyon Review, American Poetry, the New Republic, the New York Times, and Poetry, among other publications. Javier Zamora lives in Tucson, AZ. 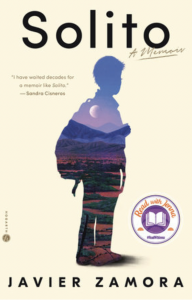 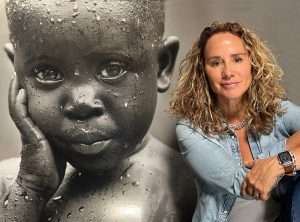 Sonoma Speaker Series:
In Conversation with...

Lisa Kristine is an internationally renowned humanitarian photographer. For more than 30 years she has documented indigenous peoples and social causes in more than 150 countries across six continents. Her work navigates the emotional landscapes of her subjects and their environments, driving awareness around causes such as human trafficking, indigenous wisdom, and global unity.

Lisa’s work has garnered widespread acclaim in the world of photography and the international humanitarian stage. She is the recipient of a Lucie Humanitarian Award, presented at Carnegie Hall, honoring the greatest achievements of master photographers. The Dalai Lama, the Queen Mother of Bhutan and Amnesty International, among others, have all endorsed her work.

David Clarke, former Head of Photography for the Tate Modern, describes Lisa’s arresting images of modern slavery as “a testament to truth and an insightful and inspiring body of evidence which should never and can never be denied.”

As a speaker and activist, Lisa regularly delivers keynotes at conferences, universities, museums, and corporations around the world, including the Vatican, the United Nations, Wisdom 2.0, and Thomson Reuters. Her riveting TED talk, Photos That Bear Witness to Modern Slavery, has been viewed nearly 3 million times.

Sir Richard Branson says of her photography: “Lisa’s images take us behind the veil to the atrocities of slavery. To respect human dignity for those from every walk of life, business leaders must embrace our unique role in upholding the precepts of equality, belonging and purpose.”

In 2017, Lisa founded a Human Thread Foundation, an international nonprofit organization whose mission is to incite action to eradicate human trafficking and to promote human dignity.

Lisa is on the Board of the Thomson Reuters Foundation’s Stop Slavery Award.

She is a supporting partner in the United Nations’ International Labor Organization’s 50 For Freedom Campaign, catalyzing 50 countries to ratify the Protocol on Forced Labor. Her photographs inspired the Make a Stand Lemonade movement, which to date has reached more than 100 million people and has raised over one million dollars toward the eradication of slavery. Lisa is a founding member of GSN, Global Sustainability Network, dedicated to promoting inclusive and sustainable economic growth, a world without slavery and with decent work for all. Pope Francis inaugurated Lisa’s exhibition at the Vatican in 2019.

Lisa is the subject of four documentaries, and her work on slavery is featured in three films. SOLD, made by Oscar award-winning team Emma Thompson and Jeffrey Brown, includes a character inspired by Lisa and played by Gillian Anderson.

SONOMA SPEAKER SERIES: IN CONVERSATION WITH...